I have heard of the wonders of this poet's work for years and this is the first time I have found one of her books. Nothing disappoints. All the poems are challenging. Many are disturbing. My favourite is "Wilderness" about looking at the stars. 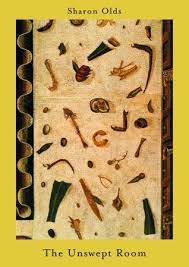 My first time reading this Atwood speculative novel. Took it slowly, 50ish pages per day. All internal dialogue, which the mock historical notes at the end indicate are transcriptions from old over-taped cassettes. The dystopian society is built/reproduced in detail, with not a lot happening outside the authorized sex (troilism), the illicit sex, the suicides and hangings. Such a believable nightmare, with the Underground Femaleroad and the codeword MayDay (m'aidez) symbols of hope. 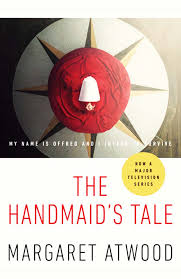 HOW TO WRITE HAIKU

Paul Janeczko. HOW TO WRITE HAIKU AND OTHER SHORT POEMS. Scholastic, 2004.

Elementary school level instructions on writing short poems. I find this very useful, getting down to the basics. Lots of examples. Lots of encouragement. 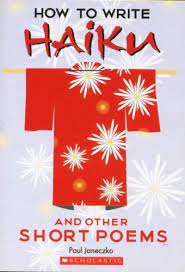 Could not resist buying this hardcover Heaney, published a decade after he was awarded the Novel Prize for Literature. A photo of some mysterious machine, a turnip shredder, on the cover. You can tell from the topics of the poems that he has been travelling a lot. Flying over rotting glaciers, driving through Mennonite fields in winter, yet still seeing in them, there, images of his home. At first I suspected he was doing an homage to Whitman, in anti-Romantic fervor, celebrating the machine, the human-built world. He does dedicate several to other poets and writers--Wordsworth, Rilke, Seferis, Cavafy, Hughes, Dorothy Wordsworth, Neruda, Auden. A roll call of heroes. But he always returns to the trees, the birds, the bog.

This morning I watched Monkey Beach which I had PVRd so that I could FF the ads. How I hate ads, but how thankful I am to have been able to see this relatively new movie at home on my own schedule. Also, seeing it, makes me determined to re-read the novel (twenty years later).

I was curious as I always am to see literature set in Canada adapted for the screen. Here, the setting, Kitamaat, BC, and the waters nearby, is portrayed like another beautiful character in the story—the town, the rainforest land, the teeming waters, and the beaches where they meet.

I have been a fan of this story ever since I was honoured to review an advance coverless copy the year this Eden Robinson first novel was released (2000). She had previously published short story collections, Traplines and Blood Sports; later, a lecture about culture and literature, The Sasquatch At Home, and has since written the trilogy, Son of the Trickster, Trickster Drift, and Return of the Trickster.

My review of Monkey Beach has more than once elicited requests from readers for permission to copy and to include in a class reading list. I remember my two points were:  1) The title does not help me locate the story in Canada as I never associate monkeys with this land, and 2) I wondered whether the writer, seeking elder approval or blessing, self-censored? As a hangover from the taboos of the days when ceremony and ritual were outlawed and people were forbidden to talk about them? Perhaps it is a nod to cultural respect, but it puts the writer in an uncomfortable position of writing one book for two different audiences.

The film makes the lack of communal cultural rituals more obvious. The only community gatherings seem to be basketball and swim-meet competitions. The other gatherings are nuclear family, and the teaching seems to be one on one--the education of a gifted shaman. This seems to leave an impression of individualism. For some readers, it leaves an impression of ‘mental illness’ and a fear that young people seeking help in times of grief and transition are left to flounder inside their own heads.

By self-censoring, omitting necessary information about living cultural traditions, the story can seem to lack a feeling of hope for readers who are unfamiliar with the enduring strength of culture. The film does nod to the on-going disputes among individuals within one community based upon competition between traditional and converted. Will I still feel the same way when I read the novel for a second time? Will I have learned a bit since, in the meantime, after the TRC?

The cast in Monkey Beach the movie is fantastic. I have been an Adam Beach fan since he was eight years old. The cinematography is great, especially the water scenes. And the FX are an improvement on the novel as the “troll” vision has become a mini-dancer in Sasquatch-like regalia. The omission of the Elvis theme is also an improvement as it tightens up the story. We don't see much of Lisa's time in Vancouver but losing herself in the city is understood to be her attempted escape from the losses and the awakenings she does not yet feel ready to face.

I must have been inspired by the last cat book, and a recent discussion about T.S. Eliot, to pick up my own copy of this book which inspired CATS, the musical. Read it out loud just for fun. 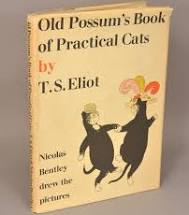 I COULD PEE ON THIS

Francisco Marciuliano. I COULD PEE ON THIS and OTHER POEMS BY CATS.

Read this while waiting. The photographs are great. The writing suggests a "fulfilling of contractual obligations". 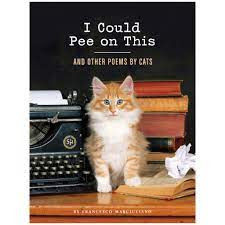 Sharon Olds. The Unswept Room . Knopf, 2005.  I have heard of the wonders of this poet's work for years and this is the first time I ha...