I am so happy to have been introduced to this Scots crime writer equally as entertaining as Ian Rankin, and with female protagonists too. My selections have been in the Carol Jordan /Tony Hill series. In this one, Carol finishes re-doing the barn, gets arrested for drunk driving, and heads the new re-MIT major incident (crime) team. As a practice-run, they uncover a previously unknown serial killer. 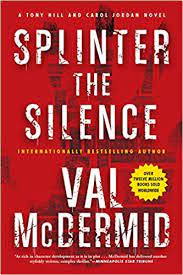