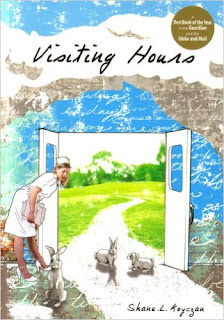 I found this gem at Nuggets in Chilliwack. Can it be fifteen years since I first heard this name, Canada's new voice, when haiku-poet friend Chuck Brickley suggested that we invite Shane to Hope? This was shortly after Koyczan had won the National Poetry Slam Individual Championship for performance poetry. (I think it was in San Francisco but I can't confirm this.) Alas, although Hope is on the road between Vancouver and Penticton, the invite never went anywhere. One of life's regrets. Then in 2004 or '05 I attended an evening poetry slam at Cafe Deux Soleils, on Vancouver's Commercial Drive. Shane performed a piece about body image and sex. Alas again, that night, a much older woman named Irene won with her piece about infidelity, adultery, and STDs. Then in 2010, the world met Koyczan through his participation in the Vancouver Winter Olympics Opening Ceremonies. Then a friend found his CD. I must admit, I wasn't aware that he has published his poems in at least three books. There are also his spot about Home on the Knowledge Network, the TED talk about bullying "To This Day" which has gone viral, and documentaries I have yet to see. 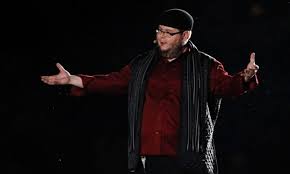 Visiting Hours was first published in 2005 when Koyczan would have been under 30 and one or two poems scream immaturity. But for the most part they highlight this poet's ability to transcribe feelings into words, words into story, story into a gasp of revelation, and finish with a flourish of inspiration. On pages punctuated with laughs of recognition and surprise.

As with the bards and ovates of old charged with the duty of remembering, memorizing, and passing on in spoken work and music the received wisdom, Koyczan revels in rhyme. Although the problem I have with rap is that I cannot hear the words, this is not a problem with Shane Koyczan. His poetry is accessible. Accessible is my highest compliment. Accessible is the sign of an artist who desires, intends, to communicate with an audience, as an equal. Obscurity to me, which is all about the poet, the "me", not about the audience, is a form of snobbishness. Koyczan's accessibility is the opposite--familiar words from one who knows that it is a sign of respect to bake the apple pie if that's what your guest has asked for. The best apple pie you can make, with your grandma's secret recipe.