Because of our recent "atmospheric rivers" and catastrophic flooding, it would be easy to think that it was this title which attracted me. But no. It is the author. It seems much of a popular writer's early work gets re-issued to catch the wave.

This novel is described in the writer's updated intro as "literary" so that too attracts me. How will it differ from his popular crime fiction, especially my fav character, Rebus?

Hmm. I have to think about that. Alex, the mother, and Sandy, the just coming-of-age teen boy, in a Scottish town which has lost its one industry, coal.

Alex is a single mother in her early thirties who has survived the town's gossip about bad luck, witchcraft, and the mystery of her pregnancy. Who is the father? How did her own father die? Is incest involved?

This was the first of a three-book trend for me in this post-writing pre-holiday season. The subject of identity and the role an absent or unknown parent plays in a young person's growth. 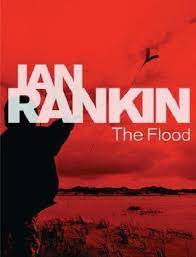