I've carried this volume with me for 50 years, always intending to read it, especially the "Civil Disobedience" essay. Now, after an angry and abusive trucker convoy occupied my capital, Ottawa, it felt as if time were running out.

Thoreau explains why he is hesitant to pay property taxes to a government which condones slavery and funds a war against a sovereign neighbour, Mexico. (The editor suggests that, after the first incident, Thoreau's aunt paid his taxes in advance, in order to keep him out of trouble, out of jail.)

He refuses to pay to support a church of which he is not a member. He has no problem paying the road tax because he uses the road.

He explains why he does not respect the legal arguments that the Constitution which permits slavery to continue is more right than the New Testament.

He dreams of a future in which individual rights are respected and people with different opinions will be able to live in peace side by side. 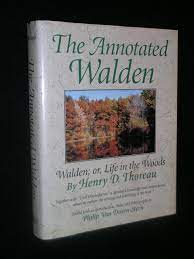