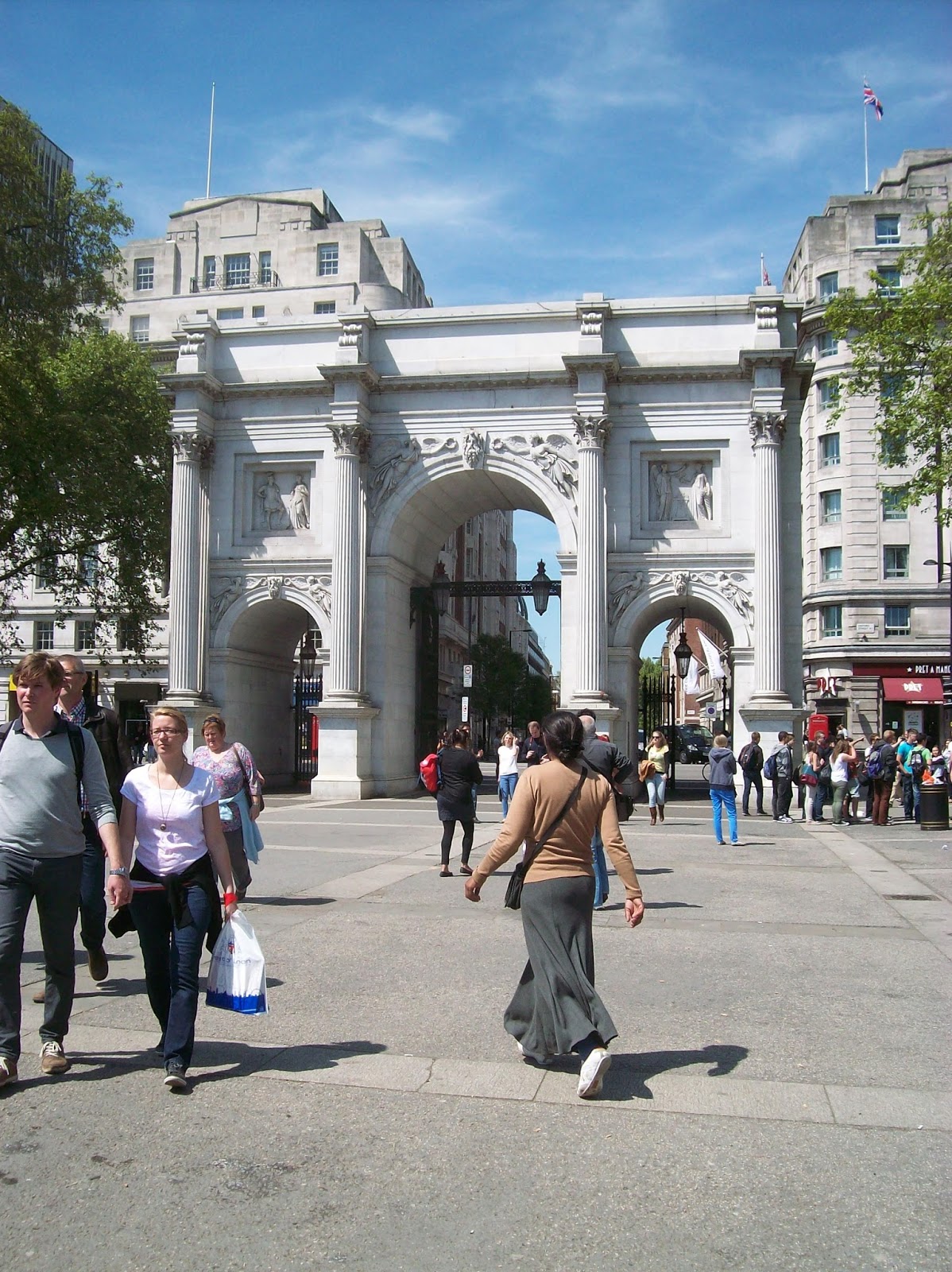 Attacking Murder as a Fine Art 1 - What is it?

The Marble Arch was not there when De Quincey, a homeless teenager, begged on Oxford Street.

Ask seven readers and you get seven different answers. How would you describe David Morrell's latest, Murder as a Fine Art (MaaFA)? A nineteenth century Gothic novel. Detective story. Action adventure suspense thriller. Horror story. Historical fiction. A literary novel. A novel of ideas. So really, what is it? Would I like it? Or is it some confused offering, misbegotten? Where or how would a reader begin to attack such a multi-headed monster? Which heads pop up first?

(1) Whack at the head of "my nineteenth century novel," the out-of-fashion stylistic choices, the third person omniscient narrator, multiple points of view within long chapters. Keep the chapter titles. They often seem like clues. And the experiment with the first person diary excerpts from the female perspective of the daughter, Emily. It is good to have a female character who is not a victim, and she does perform a necessary function, feeding us the information we need about her father,Thomas De Quincey, helping us follow the twisted threads of plot. Keep too nineteenth century London, beginning in 1854, flashing back to the original 1811 Ratcliffe Highway murders which function as a prompt for both De Quincey and the murderer. There. I've already spoiled it for you. Thomas De Quincey had previously lived in London before 1810, and had subsequently in 1827 published an essay about the 1811 murders, an essay which he revisited in 1839, and re-published a third version of it as part of his collected works in 1854. His seemingly obsessive interest in the crimes, haunted as he was by the spectre of murder, created a certain amount of celebrity for himself. People knew his name and his writings, which were published serially in magazines, and the public lined up to get his autograph. His knowledge of the 1811 murders makes him an early easy target as a suspect when similar crimes begin to happen upon his return to London to promote his collected works. Who could be "the artist of death" more easily than the man who invented the term? De Quincey becomes a bone to throw to the dogs of the mob in an attempt to quiet a threatened riot. So this reincarnation of a nineteenth century character in a nineteenth century setting is one of Morrell's gifts to his readers who, he says elsewhere, he likes to take to places we've never been before.

(2) Let's take a whack at Murder as a Fine Art's second head, the detective novel. Prompted by the original murders, and by De Quincey's writings, another murderer demonstrates his skill and more people die. With a crime scene eerily reminiscent of that of1811, the novel opens with "the artist of death" murdering a shopkeeper, Jonathan, his wife, servant, and two children. Chapter Two "The Man Who Concealed His Red Hair" introduces the police when Detective Ryan and Constable Becker arrive at the first new crime scene. Here we get the state-of-the-art police procedures for 1854--close observation, preservation of the scene, plaster cast of footprints, careful search of surrounding areas for possible weapons and other clues, analysis of scene, of the blood spatter, the footprints, crowd control, arrest protocol, interviewing suspects, the good-cop/bad-cop shtick, newspaper sketch artists, the pressure of public opinion, protective custody. Although the title suggests a disguise, the detective's red hair represents his Irish roots and the disguise both helps him do his job in plain clothes and reminds us of the wide-spread prejudice against Irish immigrants in London.

Of course, it is not the detective or his aspiring sidekick who are the heroes here. The real "detective," the man with the knowledge of both the crimes and of his own writings about them, is Thomas De Quincey himself. He recognizes both the "copycat" nature of the new murders and the deliberate allusion to his own writings, in the blood-spattered "artist's smock" left at the scene by the murderer as a sort of artist's calling card. A taunt, a tease, a message not recognized by the police but received by De Quincey who applies both his logical deductive reasoning and his intuitive understanding of criminal psychology to provide what is in effect a "profile" of the man they are searching for. At each recurring crime scene, more of the profile is revealed. True to form, as detective stories are usually novels of character, the laudanum-addicted De Quincey is the wounded hero. Here, although he is less supercilious than Sherlock, less lovable than Rebus, De Quincey's combination of knowledge and personality is intriguing. To watch the university-educated intellectual reader and writer school the "plods" and their superiors is another of the pleasures of this Morrell story.

(3) So, let's turn to another head. Whack the Gothic action thriller. Although detective stories are not always action-packed, Murder as a Fine Art is a page-turner with its urgency of suspense, its sense of impending doom, not only of "who done it?" but also of "who will be next?" It is Gothic in the sense that so much of the action occurring in the dark and in backstreets, allies, tunnels, or inside prison cells makes Old London seem threatening, claustrophobic, dungeon-like. And there are ghosts, spectres of lost love haunting the streets. Murder as a Fine Art also has all the requisite action tropes--the eruptions and explosions so beloved of adolescent males, the gunpowder and fireworks, executions, chases, booby traps, dirty tricks, disguises, and an armoury of weapons--truncheons, revolvers, crossbows, knives, mallets, chisels, razors, garottes, poison, fire--all the toys and tools for the game of death. Yet isn't that another of David Morrell's secrets? It's always about death, and the fear of death, and the thrill is about what strategies, which attacks, will succeed. It's always about who will live and who will die. This is the pull of the dark plot which makes us speed read through to find out what will happen.

(4) All right, so the fear of death makes us care about what will happen. But could we not do without the horror? Whack again at that head, the blood galore, splatters, splashes, pools of gore, bones, skeletons, bodies, the slaughter of innocents, fear and terror. And the psychological tormenting of a suspect who becomes a victim both of the killer and of "the system." For Morrell does include two kinds of horror. The horror of the physical intrusion into the physical body, the letting of the insides out. And also, the horror of the psychological intrusion. The terror created in the public fearing the physical, and the terror created in the individual target, the writer, who has his pain and grief manipulated and used to taunt and torture him as part of a planned slow twisting death. So we cannot really eliminate the horror as horror, fear, terror are the motives, for the criminal, and, we suspect, for the novelist.