This is a love letter to Myer's homeland, written for Canada's sesquicentennial,150 years of confederation since 1867. Who knew that he grew up in the low-rental high-rises in North Toronto and Scarborough?

It is fascinating as a study of nature and nurture, of how a creative person creates a career. Born into a family of recent immigrants from Liverpool. To a father whose highest expectation was finding the humour, making people laugh. Who made connections -- dance lessons to commercials. Who honed skills in work and in schools designed to nurture the arts. Who toured with Second City as a teenager. Went to England for what? The experience. The challenge. To a six year contract on SNL where he was "the Kid". He does not get into his later successes with movies, Wayne's World, Austin Powers, but that's probably because he has already written books about those years.

He doesn't spend a lot of time on the bad "learning" experiences except for his father's illness and death. He focuses his grief instead on his beloved Canada's seeming to lose its way, to abandon its dream of being the next great nation, of figuring out who we are and who we want to be and articulating those in a mission statement. It is inspiring in a way although perhaps dating too easily because of its seeming emphasis on the "great man" theory of leadership, that someone, some great leader, is required before progress can be made. It also suffers from his being so absent and unaware of current issues, especially the on-going challenge to correct the relationship between Canada, the people, the government , and the Indigenous peoples. Not even mentioned, and the cause of much grief up here.

All in all, an enjoyable and enlightening read. 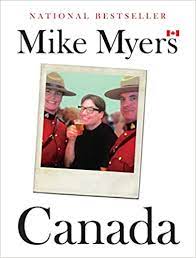 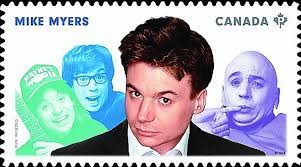